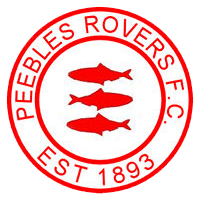 Vale kicked off their preparations for the season with a 3-0 victory over near neighbours Peebles Rovers.

Jason Stevens got the ball rolling after 11 minutes, before Jordan Finnie added a penalty on the half hour.

Vale continued to dominate and Euan Saunderson scored a screamer early in the second half to round off the scoring.

Despite Vale having early possession it was Peebles who registered the first effort on goal. David McKenzie’s lay off into the path of Gregor Lamb was followed by the youngster shooting off target.

Vale took the lead shortly after when Craig McBride’s long pass found Jason Stevens who managed to hold off Jason Newell and steer past Ben McGinley with his left foot.

Robbie Renwick played as a lone striker for Peebles and he managed a couple of efforts. A half volley flew across goal and wide and a low shot from James Dodds’ pass also went wide of the target.

Other than that it was mostly Vale, although Peebles worked hard to limit them in the final third.

However when Niall Docherty burst into the box, Ben Brown could do nothing but stick out a leg and bring him down. On his first appearance in a Vale shirt, Finnie stepped up to send McGinley the wrong way.

The start of the second half was quieter until Saunderson lit up the match with a beautiful goal after 12 minutes. Picking up the ball 25 yards out he stepped forward and sent a glorious strike beyond the reach of McGinley.

Tiring Peebles began to see less of the ball in an attacking sense, but despite Vale enjoying their most dominant spell they did not manage another goal.

Saunderson found Tommy Paterson getting forward from left back but he could not direct his low effort towards the target.

Finnie was next to try his luck after a short corner, again involving Saunderson and Paterson, but substitute keeper Tom Kerr got down to parry.

Peebles began to grow again towards the end with sunstitute Ross Forrest making a nuisance of himself up top.

A deft touch from David Lindsay generated space to have a go but Ross Gilpin was equal to it.

And Jason Newell absolutely thumped a free kick towards goal, only to see it sail the wrong side of the post.

With Wednesday’s match against Hibernian XI being cancelled, the next scheduled friendly is on Saturday against Arniston Rangers. However, a last minute game could be arranged for Wednesday night.