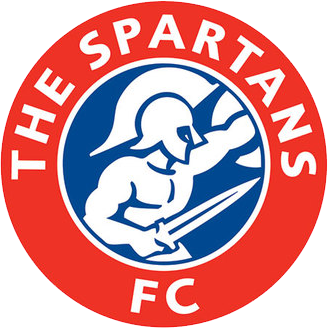 With split loyalties for this Saturday’s match against Spartans, Brad Raiker is looking forward to a “very good football match.”

The versatile player, along with fellow Spartans loanee Blair Atkinson, is unavailable for the match. However, he believes he will be treated to a feast of football while on the sidelines.

He said: “I think the game on Saturday will be a very good football match. Both teams like to play out from the back and keep the ball on the deck.

“Although Spartans are in a more advanced league position and will be going in as favourites, I feel Vale can get something from the game as the squad is back to full strength and morale is high after the last two wins. Chris Anderson will have done his homework also as he knows Dougie Samuel and the Spartans boys well.”

Atkinson has playing well for the Vale with 14 goals and is therefore frustrated that he will be idle this weekend. He echoed Raiker’s views while remaining firmly on the fence.

“It’s annoying I can’t play as I’m in good form, Spartans are a strong team and doing well, but Vale are also on a run just now also so it could go either way. I think a draw could keep me happy for both sides!”, he said.

Both players have cast an eye on their parent club from afar, keeping an interest in how their club-mates are faring. Spartans are traditionally one of the strongest sides in the Lowland League, winning it in its first season before promotion to the SPFL was possible. With big spending East Kilbride running away with the title this season, Spartans are in a battle with East Stirlingshire for second spot. Both players feel that Spartans are just as good as EK.

Raiker said: “Spartans’ season has been okay but I think they would have liked to challenge EK a bit more. I strongly feel Spartans are a better side than them and have shown that on two occasions by beating them.

“Spartans have a cup final to look forward against Lothian Thistle Hutchison Vale, I know the lads are looking forward to that and confident they can lift the silverware.”

Atkinson added: “Spartans have had a few injuries this year and in my view they’re doing very well, also they are in a cup final. EK have spent quite a lot of money this year and it’s showing. Spartans are better off in the head to head with EK so they aren’t far apart.”