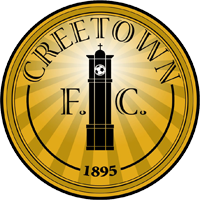 South of Scotland side Creetown will be a bit of an unknown quantity for Vale, although they compete in the same league as Threave Rovers who were in the Lowland League previously.

Creetown are currently ninth in the table, having finished tenth last season. They will be looking to bounce back having been beaten 5-2 by Abbey Vale in their last match, and 9-0 by St. Cuthberts Wanderers prior to that.

The Vale on the other hand, go into the match in good form, having won three on the bounce. Last weekend’s impressive 2-0 win at Whitehill Welfare was preceded by wins over Hawick Royal Albert and Preston Athletic.

Manager Chris Anderson had this to say ahead of the cup tie: “Over the next two weeks we will be putting our impressive league campaign to one side and focusing on progressing in two cup competitions.

“Today’s focus is firmly on our Challenge Cup match with South of Scotland side Creetown and it is one we are eager to impress in after previous cup disappointment.

“For me, the cup competitions provide us with a fantastic opportunity to achieve success and for clubs like ourselves gives us a chance to compete for silverware. We want to continue the momentum we have at the moment and take our fine form into today’s game.”

“But it’s been a good last three games and we want to keep the run going. It’s a cup game so anything can happen. We would really like to win a cup this season, or at least do well in one.”

Ben McGregor, Danny O’Donnell, Brendan Edwards and Jay Stevens have all been struggling with injuries, with McGregor likely to be out for a while. The rest will be looking to return in the coming weeks.