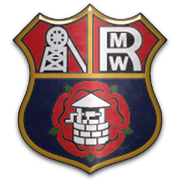 Chris Anderson believes that a second win over Whitehill Welfare this season would be a statement of intent by his Vale of Leithen team.

Vale won 2-0 at Ferguson Park on September 10 with goals from Liam McIntosh and Kevin Motion, and Anderson said: “Our previous meeting at Rosewell was one of our most accomplished of the season and it would certainly put down a marker for the future if we can do the double over one of the big boys in the league.

“Having had three away games in a row it’s nice to be back home and it’s a good opportunity to get back to winning ways. Our squad has been tested having played three games in seven days and will be tested further by injuries to Brad Raiker and Tommy Patterson.”

Welfare’s fortunes have changed since that defeat and they are now above Vale in the league with a game in hand and have won their last three matches. Historically one of the strong non-league sides, if they remain around the same spot it will be their best finish in the Lowland League since it’s first season in 2013/14. However, if Vale do manage to make it two wins against the Rosewell men they will jump ahead of them again. To do so they will have to stop a winless run of three matches.

To add further intrigue to the match, Whitehill have eight players who once played their football at Victoria Park.