Manager Chris Anderson has added three new defensive signings ahead of the new season as he continues to develop the squad for the new campaign.

Ben Brown, Guy Kerr and Jack Blaikie have all signed for next year.

Chris Anderson said: “Ben Brown is a great local player who has played for Peebles Rovers for a number of years as an aggressive defender. I have know Guy Kerr since we played together as youths at Dunfermline Athletic and he has played for a number of senior clubs over the years including Berwick, Penicuik, Newtongrange and Tranent. Jack is a well known face at the Vale and signs for his third spell at the club. Again, Jack will bring a lot of Lowland league experience to the table.”

The new signings will join a core groups from last year’s side, including goalkeeper Ben McGinley and Captain Ger Rossi. Moe signings will be announced in due course. 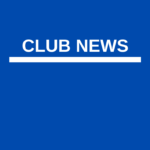 Vale of Leithen have announced their pre season friendly fixtures in the lead up to the 2021/22 Lowland League season.

The club hopes to have spectators at Victoria Park for out friendlies against Hawick Royal Albert and Cumbernauld Utd.

Following a General Meeting of the Lowland League last night (Monday 11 May 2021), the league has voted to admit Rangers and Celtic ‘B’ teams into the league for one season only.

Under the proposals, the league will temporarily be increased from 16 to 18 for one season only. During that season, Rangers and Celtic will enter ‘B’ teams in the league, consisting of professional players at aged 20 and under. This will be for one year only and the ‘B’ teams will not be involved in promotion or relegation.

The club can confirm they voted in favour of the proposal.

Treasurer John Anderson said: “This is a exciting and innovative project which the club is delighted to be part of. From the club’s point of view, this provides commercial and financial benefit. For supporters, we will have two very special home games next season when Rangers and Celtic will be bringing Scotland’s most promising young talent to Victoria Park. We hope local supporters of both Ranges and Celtic, and beyond, take advantage of the opportunity to come to Victoria Park to witness.

Structural reform of Scottish football has been talked about for years, and it was great to be able to support this small development, just as we did when we joined the Lowland League at its formation in 2013.

There is no change to the pyramid system. There is no chance to promotion and relegation to and from the Tier 6 leagues. This is a one season project. Some have said “why not promote two clubs from the East and West leagues”. That was not on table. The number of teams in the league is restricted by the SFA, who have given permission to a temporary increase of two teams for one season only for this project. Increasing the league number was not otherwise on the table. I think that has not been properly understood by those who have criticised the project.”

The Lowland league campaign begins on Saturday 17 July 2021. Fixtures are expected be issued by the league in late June.