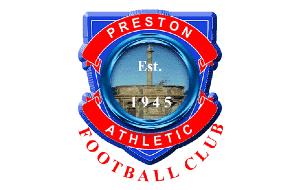 The Lowland League’s bottom side Preston Athletic are the visitors to Victoria Park tomorrow, and Chris Anderson knows his side will be a target given they are only three positions further up the table.

Neither side goes in to the match in enviable form; Preston haven’t won since two on the bounce in December and while Vale have not played since January 7, prior to that they had gone eight without a win.

“The match against Gala seems a distant memory now and I speak for all the players when I say I can’t wait for the game to start.

“That said we know the importance of how we prepare each week and Preston will see us as a game they can compete in given our league position. Our main objective is as always to play on the front foot and attack with purpose. Let’s hope we can make for an exciting game”, said Anderson.

Vale will have Keith McLeod suspended after his red card against Gala, but Ali Smith is in line to make his long-awaited debut having suffered from illness since joining on loan from Hibs.