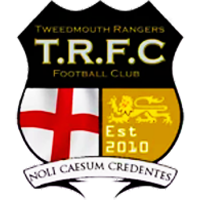 Chris Anderson is urging the Vale of Leithen players to show they are up for the fight, or be prepared to move on.

East of Scotland side Tweedmouth Rangers are the visitors to Victoria Park today, before a trip to face Spartans next Friday in the Scottish Cup.

And Anderson wants his charges to show grit and courage to turn around the form which has seen them win only two matches so far this season.

He recently spoke up in defiance of his belief in the players, but has warned that if an upturn in performance does not come then they will not be picked for the big fixture at Spartans, or possibly even have a future at the club.

He said: “In my opinion no team has the right to turn up and win a game without doing the basics and I expect my team to come with the attitude and work rate that will enable us to perform.

“We have a massive game in the Scottish Cup against Spartans approaching and my advice to the players would be to perform on Saturday or sit and watch our next game in the stands.

“My thoughts on the game are clear and going forward we can’t afford to carry any passengers on our journey to improve. If players want to stay at the club then performances have to improve.”

For a change Vale will go into this match expected to win against the side at the bottom of the East of Scotland League. An assured display is expected to carry them into the Ainslie Park fixture on Friday. The manager also revealed that there will be a debutant in the sticks.

“We go into the match as firm favourites despite our poor start to the season. Our performances in the league haven’t been to the level we’ve expected of late and we now go into a welcome break from league action.

“Today we add a couple of new players to the squad and goalkeeper Kieran Beveridge will make his debut after training with us for a number of weeks.

“We are all expecting a positive performance going into next week’s Scottish Cup tie”, added Anderson.