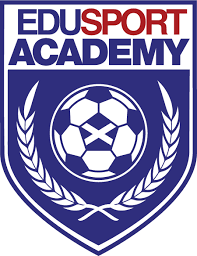 Vale arrived in Annan with a strong pool, although still a few players missing through injury.
The game commenced with the home team in full flow with the speed and trickery of their wingers giving the Vale defence problems.
Edusport scored in the 11 min when the left winger Ferguson came inside and curled an unstoppable shot high past Gilpin from the edge of the box.
For the first 20 mins Vale could not get into the game and were lucky not to be further behind.
However, gradually they started to get a foothold in the game and were starting to give the home side some problems, especially Berry whose speed on the left was creating problems.
The first half finished with both sides on an ever par.
HT 1-0

The first half started as the first with the home team in the ascendancy and Vale struggling to get into the game. As the game progressed and with Vale making a few substitutes the game was evening out, but all the chances were going the home team’s and only some good goalkeeping by Gilpin and some desperate defending was keeping the score down.
In the 69 minutes a move down the left resulted in Alexandre scoring from the resultant cross to make it 2-0.
Vale only had one chance thereafter when after some good work by Stewart was scrambled clear.
An incident where the referee ignored a shocking tackle on the Vale substitute Smith, resulted in Allan being booked, and Manager Chris Anderson being sent to the stands for complaining.
FT 2-0
On the day Edusport were worthy winners, and now there is a few weeks break from league action as our next two games are cup ties.