Unfortunately today’s game at home to Whitehall Welfare has been postponed. We’ve had some severe winter weather over the last week which has resulted in the game being cancelled following an early pitch inspection. We’ll confirm the re-arranged date for this game as soon as we have it.

With a goal and a sending off, Sean Stewart had an eventful time against Hawick Royal Albert on Saturday.

He then watched on as his team-mates fought back from 3-1 down to win 4-3, while playing with a man down. The midfielder heaped praise on them for not giving up when the chips were down.   He said: “I thought the boys were outstanding the way the never gave in and kept fighting until the end despite being a player short. They showed great character to get the win. I thought it could have gone from bad to worse.

“Obviously when a team concedes again as well as being a man down you fear the worst.   But I was delighted that the team fought back and we managed to get the 3 points. Every player dug in for the last 40 minutes and it paid off with the win.”

Stewart will now be suspended and he feels that he was harshly treated. He is of the belief that his tackle was not out of the ordinary, explaining: “I was shocked to be honest. I thought I won the ball and I have tackled like that in previous games and nothing has been said. I thought it was firm but fair.

“I also felt really disappointed because I had let the team down by going down to ten men. After the game I spoke with the referee and he didn’t overly convince me that he had made the right decision. I’m gutted I’ll be sitting out of the next game, I want to play all the time.”

The victory was Vale’s third in the league and moved them up to sixth in the Lowland League, with two draws and two defeats. Manager Chris Anderson earlier in the week bemoaned a “frustrating” lack of consistency, but feels the team can start to fulfil its potential.

Stewart agreed: “I feel that we can push on and I believe consistency is definitely key. The team looks a lot stronger now as we have all gelled together as a squad.

“From the board, to the coaching staff, to the players, we all want to bring success. Ando set us a target of six points against Preston and Hawick and we knew we were more than capable of delivering so it was pleasing. Also winning our first game at home was important.”

The former Spartan now has three goals to his name in competitive fixtures and seems to have taken to Lowland League football in his first season.

He added: “I haven’t really set myself a target as such in terms of goals. I am pleased that I have scored a few for the club so far and definitely want to continue. The only target I set myself is to play well week in week out.” 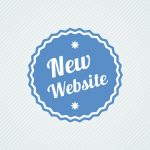 We’re delighted to launch the new official Vale of Leithen website. The club is currently working off the field to make a number of upgrades to improve not only our standard on the field, but to engage fully with the fantastic community we call home.

This site is the first stage in a newly improved communication strategy we’ve developed to help us engage with the people of our town, but also hopefully so that the residents of Innerleithen and the surrounding area can get current and accurate news about Vale of Leithen FC.

We hope you enjoy the site, and we’d love to hear your feedback on Facebook and Twitter.

The First and Second rounds of the South Challenge Cup 2016-17 have been drawn in Edinburgh. Following an earlier agreement, the competition has reverted to an ‘all-in’ draw for the first time since 2008-09 season, replacing the recent format of earlier rounds played in two zones, before combining at the Quarter-Final stage. Two new entrants will be former Scottish League club East Stirlingshire, plus Tweedmouth Rangers, who have joined the East of Scotland League. Vale will face South of Scotland side Creetown at home in the First Round, with the winners travelling to Gretna 2008 in the Second Round. Selkirk have been debarred from the competition for a breach of rules.

First Round ties are to be played on Saturday 17th September and Second Round ties on Saturday 15th October, but are subject to alteration due to ground clashes or by the mutual agreement of the clubs involved.

Vale have been handed a home tie in the First Round of the Football Nation Cup against Heriot-Watt University. The Second Round of the competition – played amongst members of the East of Scotland Football Association – will see the victors face a trip to Lowland League new boys Hawick Royal Albert.