They have typically been competing higher up the table but find themselves in second bottom four points behind Vale, giving today’s game added importance.

But Anderson is preparing himself to face the Dalbeattie team he has been used to in previous seasons.

He is though happy with his teams form and believes it is an indicator that they can be a match for Star.

He said: “It’s a crucial match for both teams.

“In recent years today’s opposition have proved to be a strong Lowland League side and their current league position doesn’t do them justice.

“Three wins out of four is good form by anyone’s standards and we will be continuing to build on that in the weeks ahead.

“We can’t look too far ahead and we know that we need to be on the top of our game if we are to get the result we want.”

A busy festive period sees Vale play some of the teams around them and also Borders derbies against Gala, Hawick and Selkirk.

Ando knows it could be a defining period. He added: “The lead up to Christmas will shape our season with big game after big game.

”The players deserve the plaudits for their effort but we all know wins are what is required.” 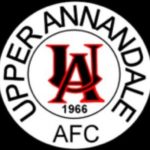 Chris Anderson is fully aware of the challenge his Vale side face today.
Civil Service Strollers are the visitors to Victoria Park and a decent start to the season has them sitting just outside the top half of the table.
However, he is pleased that he is pretty much a full squad to choose from after a difficult spell on the injury front.
He said: “Today we welcome Civil Service Strollers to Victoria park and I’d like to extend a warm welcome to Alec Cunningham and his team who have had a good start to the season. They will prove to be a tough challenge for us today.
“With the exception of Ross Brady who has to work work and long term absentee James Elliot we have a full squad to choose from. Competition for places will now be a challenge for the players and once their in it will be up to them to stay there.”
Anderson also reflected on the unfortunate events of last weekend which led to the postponement of the cup tie against Upper Annandale, much to the annoyance of both teams.
Vale officials felt that the pitch was in a playable condition but the referee disagreed and said it was too soft in places. This frustrated everyone involved who were desperate to play the fixture, especially since the away side had traveled a long distance from Moffat.
He added: “I was amazed last week’s game didn’t go ahead. I was not only disappointed for our players who were desperate to put in another good performance, but I felt sorry for the away team who had traveled a distance at some expense.”

One thing is for certain in today’s Borders derby between Gala Fairydean Rovers and Vale of Leithen – Craig McBride will know his way to the ground.

The towering centre half grew up in Galashiels and joined Gala Fairydean, before the amalgamation with Gala Rovers, when he was a teenager.

He has fond memories of playing for his hometown club, but he is a Vale player now and his concentration is firmly on making sure the Netherdale faithful are not a happy bunch by 5pm this afternoon.

Invited to go down memory lane, he waxed lyrical about his former club, but he is determined to use the match against them as a springboard for Vale’s season.

He said: “Borders derbies are always good games and they seem to draw bigger crowds too, so I think if we managed to take all three points it would be massive for the boys and I’m sure we would get some momentum going off the back of it.

“I really enjoyed my time at Gala and played for them for a long time. When I first signed I was 16 and Gala were in the East of Scotland League and I was there for the whole transition to the Lowland League.

“It was a fun time and I really enjoyed my football. I still know plenty of the team and talk to them regularly as well as plenty of the staff who no doubt I’ll see on match day.

“The club itself is very friendly and welcoming and they’re no different with me even though I’m with the Vale now.”

Clearly McBride knows more than most about what to expect from today’s opponents, although he admits that even for him they are a difficult side to work out. He knows that Vale have their work cut out for them but takes encouragement from the last two performances, despite defeats against Whitehill Welfare and Selkirk.

“Gala, even when I played for them, have always been a slightly unpredictable team”, he added.

“Their league position probably doesn’t reflect what they are capable of as they have some very good players. I am certainly expecting a tough game but I think if we play as well as we have in our last couple of games we have a chance of taking all three points.”

Last season’s final league position was a bit of a disappointment at Victoria Park, with a feeling that a slightly higher placing could have been achieved. So far this time out that feeling has been exacerbated, with only two league wins leaving Vale in second bottom above only pointless Hawick.

However, McBride feels that the league position is false with some mitigating factors contributing to it. Encouraging performances of late haven’t been matched by results and Chris Anderson has had to deal with a crippling injury and unavailability list in pretty much every match.

McBride added: “I think anyone who has watched our last two or three games knows there has been a major improvement in our performances.

“We were unlucky not to beat Whitehill and arguably should’ve beat Selkirk as well. A couple of silly mistakes and a couple of missed chances have hurt us over the last few weeks but I think if we can rectify that we’ll be fine.

“One of our main issues this season has been inconsistency in the squad. We’ve played a different starting 11 almost every week which obviously doesn’t help.

“Now that we have players returning from injury and holidays etc we should be able to get a bit more regularity into the squad and this will only help us.”