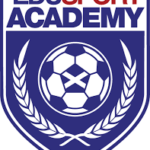 Ger told us “Prior to the game we had a few boys struggling throughout the week with a bug that’s been doing the rounds. On the morning of the game a further few had to begrudgingly make the dreaded call to worsen the managements happiness. We aren’t a side that look for excuses however so the group that travelled knew it was going to be one of those games that we were all going to have to stick together. It was a game that almost saw our manager score the winner from the half way line to nick it too”.

Ger then went on to say “When it comes to spending Kelty would probably hold their own in the divisions above. Our manager has been around in the Lowland League since the beginning though and knows the division inside out. The majority of our boys have also played at this level for the last three years as well so we were still more than prepared for last years East Of Scotland winners.”

Ger then finished by heaping praise on his fellow teammates after what was a rocky start to the day. “The boys stuck to the task well. Defensively we frustrated them. I’ve read that Kelty had 100 chances and they should’ve blown us away. We were resolute in defence and to a man gave everything. Footballs judged on only one statistic and that’s the end result. Not the chances created or possession wasted going side to side. I felt we deserved a little more credit than was maybe given but again that in itself is probably the biggest compliment.”

Vale battled stoutly and almost stole all three points when “player” manager for the day Chris Anderson smashed a strike from the half way line which agonisingly clipped the bar before landing on the wrong side of the net. 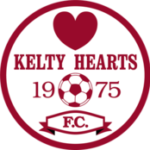