Vale came out of the blocks rapidly and were rewarded in the 6 min when a cross from a free kick on the left by Scott Wilson was missed by everyone and ended up in the net.
Vale increased their lead in the 11 min when a after a melee in the six yard box Marc Berry tap in to give them a 2-0 lead.
However, an injury to David Bonner in the 15 min changed the whole complexity of the game. Bonner dislocated his shoulder and had to leave the field and his presence was missed almost immediately.
Gala were now in the ascendancy and Vale were struggling to regain control of the midfield.
Gala had a decent shout for a penalty when Imlah appeared to nudge the forward, but the referee waved play on.
Gale did reduced the lead on the 40 min when a 25 yard speculative shot appeared to deceive Gilpin and ended up in the top left hand corner.
On the basis of pressure Gala deserved their goal.
HT 2-1
The second half began as the first finished with Gala on top.
For all their pressure it was still Vale who were creating the best chances on the breakaway.
Vale made a couple of tactical changes and were beginning to get back into the game having weather the storm.
They were rewarded in the 75 min when after a couple of blocks in the Gala area Berry knocked home his second of the night.
Vale were now in control and added a fourth in the 83 min when after a great interchange on the right Sean Stewart went through and slotted the ball passed the Gala keeper.
With time running out Gala scored in injury time when a 20 yard shot from Craigie found the bottom corner of the net.
FT 4-2

Attendance 153
A good all round performance by the team and a well deserved 3 points.
Union Club Man of the match was Sean Stewart. 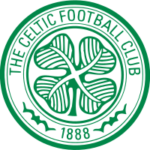 There will be a bar and Kids 7 a side game before the main event.

Yesterdays game at Christie Gillies Park saw both Civil Service and Vale draw a blank in what was a cagey Lowland League encounter. With both sides struggling to muster that killer touch in the final third Valeofleithen.co.uk caught up with manager Chris Anderson to get his reaction.

Ando told us “It was a valuable away point against difficult opposition. It wasn’t anywhere near the perfect performance from ourselves and I know we can play much better in the offensive third.”

“I felt that our back four were excellent however and to start off with a clean sheet will give everyone confidence.”

The manager then went on to finish by saying.

“The only sour note yesterday was the injury to Taylor Black. It looks as though he’s picked up a real bad one. He’s been first class since he’s come to the Vale and we wish him a safe and speedy recovery. Everyone at the club will do their upmost to help him and with his character I’m positive he will come back stronger.”

It goes without saying we all wish Taylor well.

Next up at Victoria Park. Gala Fairydean Rovers will be making the short trip on Tuesday night to Innerleithen. Kick off is 7.15pm.

The game started in blustery conditions with both sides struggling to control the ball.
The first 15 mins were spent in the Vale half with Strollers adopting the long ball over the top. However, the Vale backline were handling this well. As the game progressed Vale were beginning to get a foothold in the midfield through Raiker and Bonner and Vale were starting to create some pressure on the Strollers defence.
The first half ended with Vale hitting the post from a Stewart shot.
At 45 mins there hand not been a save my any of the two goalies.
HT 0-0

The second half continued where the first ended with both sides struggling to take control, especially as the wind was showing signs of increasing.
The down point from the Vale perspective was that early in the second after a mid-air challenge Taylor Black appear to land awkwardly on his ankle and had to be taken to hospital with a suspected broken ankle.
The only other note of interest was the return of 40 year veteran Keith McLeod when he appeared from the bench with 30 mins to go.
Vale were under a fair bit of pressure in the last ten minutes but in reality were only breached once with 8 minutes to go when the inrushing Stroller forward put the ball past the post when it should have been in the net.
FT 0-0

Overall a draw was a fair result with both teams cancelling each other out, but good to see the Vale defence looking secure and every player performing well.