The last game of the year will be played at Selkirk weather permitting on Saturday 30th December at 2.00pm. 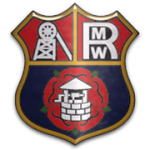 The pitch had an official inspection at 1000 and was declared playable.

Prior to kick off there was concern about the availability of players due to a serious car smash on the Edinburgh to Peebles road causing traffic diversions. With players and officials arriving right up until five minutes before kick off the game eventually got going roughly 5 minutes behind schedule.

Whitehill took the lead in the 9th min when Mitchell got free on the left wing and crossed into the box where McCraw was able to slide home from 8 yards.

The game was going from end to end, however in the 21st min some hesitancy in the Vale defence allowed Murray to rob the ball on the edge of the box and when advancing into the box was fouled resulting in a penalty. McPartlin scored from the kick to give Whitehill a 2-0 lead.

Vale responded two minutes later when after a poor clearance in the Whitehill penalty box left Dawson clear to slot the ball home.

Vale were starting to get on top and were reward in the 37th min when a back post knock down from a corner was headed home by Finnie to level the score.

Two minutes later Vale were unlucky not to take the lead when a thunderbolt from Kerr Allan cannoned of the crossbar.

The second half was delayed after the Referee had noted the Whitehill Team Sheet was incorrect and appeared to be seeking guidance.

Eventually the game got underway again with both teams missing a series of chances before the Vale began to get the upper hand which resulted in an offside goal, a goal line clearance, a point save by the goalkeeper and a McBride header coming back of the post.

As in the case when you don’t put your chances away, Whitehill went up the park in the 67th min and a Wright cross was headed home by Nicholson to give them the lead again.

With Vale chasing the game Whitehill scored again in the 80 min when a Nicholson knockdown was knocked home by Mitchell.

Vale got themselves back in the game in the 85th min when Blaikie headed home from a corner.

Vale were then awarded free kick 20 yards out left of the goal, and from the resultant Kerr Allan kick the goalkeeper pulled of a  fantastic save to prevent the equalizer.

With the game heading to a conclusion an altercation at the corner flag between Whitehill sub Smith and Vale’s Finnie ended with both been shown the red card.

Although not the result we wanted,  the entertainment value on the day was excellent and I’m sure the healthy attendance enjoyed the match.

There will be a pitch inspection at 0900 tomorrow morning.

Cameron Dawson has arrive on loan from Spartans under 20s for the rest of the season.

Cameron is forward with a good goal scoring record.

Dachi Khutsishvili has returned to Spartans FC after his loan spell.