Alloa Athletic manager Jack Ross may be leaving the Indodrill Stadium but BSC Glasgow made sure the three points would not be doing the same last night thanks to two late goals.

They had their full backs to thank, with Gerard Traynor and Shaun Bowers both striking in the last seven minutes to deliver a hammer blow to Vale, who had created enough chances to win several matches.

Chris Anderson bemoaned that, saying: “It is so frustrating to come all the way up here on a Wednesday night, create loads of chances and come away with nothing.

“They are a good side but we wasted a lot of chances.”

BSC were quick at getting forward and there was a period in the first half where they looked the most likely to score, despite Vale having as much possession as them.

Tom Woods shot over after good build up from Traynor and Aidan Ferris, and the same player had one easily held by Jamie Shiel.

Robert Jones was not far away with a quick turn and shot from outside the box, before Vale were forced into two changes just before the half hour.

Ross Brady had to be replaced by Tommy Patterson due to illness, and Jason Stevens was not far behind him. Liam McIntosh was his replacement.

Atkinson almost managed to sneak one in to the top corner from a tight angle after being played in by Stewart.

Patterson could have made himself an instant hero when Stewart laid off to him following good work by McIntosh and Keith McLeod, but the full back aimed too close to the keeper.

Both sides could have seized the initiative before the break. Jones headed over from Matthew Beckett’s cross, before McIntosh missed a great chance after McLeod had held the ball up and played him in.

Jones hit the side netting from close range from another ball in by Beckett, and Ferris tried a lob which was not far over. But other than that it was all Vale for a large part of the second half.

Stewart had been the liveliest player out on the left and he had a shot from the edge before being picked out by Brad Raiker, but again he could not trouble Joe Wilton.

A quick break saw Atkinson slip a pass right for McIntosh who flashed an effort across goal. McLeod was stretching at the far post but did not make it.

Raiker burst forward from right back to find McLeod, but he smashed it well over.

Both full backs were getting forward at will, and Patterson had a volley saved when Atkinson’s blocked shot rebounded back to him.

Atkinson then picked out McLeod with a telling cross from the right, but the big striker was closed down after taking a touch.

People involved with football have seen it many times – a team on top’s failure to score being compounded by losing one, or more, at the other end.

Vale had survived a scare when Jones looked to be clean through, only for Keith Boyes to get back and make a brave block.

But they suffered the agony of conceding straight from a corner on 83 minutes. Traynor’s in-swinger looped up high and went in off the far post.

There was still time to salvage something and McLeod’s knock down was hit straight at Wilton by Atkinson. McIntosh’s cross nearly dropped in the top corner for what would have been another fluke.

The misery was piled on one minute into stoppage time. Jamie Shiel had just made a terrific save to deny Vincent Newlands, but when the substitute retrieved the ball and fed Bowers the right back smashed it across the young keeper and into the bottom corner. 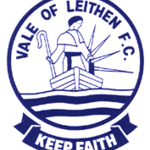 A minutes silence was observed at today’s game to mark the passing of Honourary President Willie Brunton.

Willie, who passed yesterday afternoon, was involved at the club for over 60 years and held almost every position from player to groundsman.